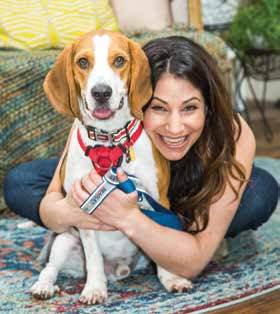 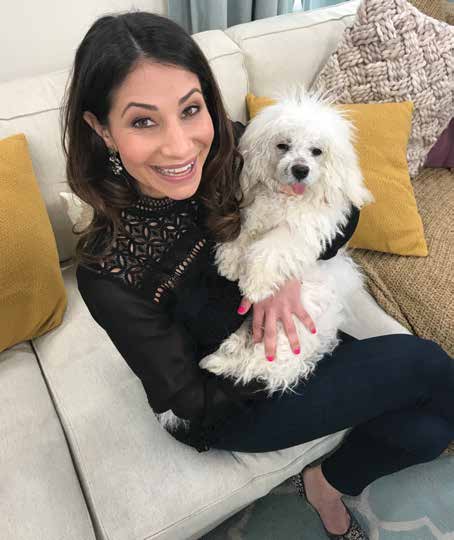 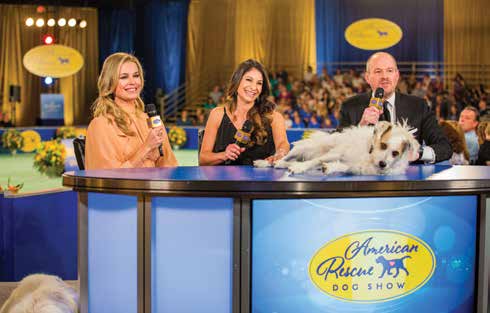 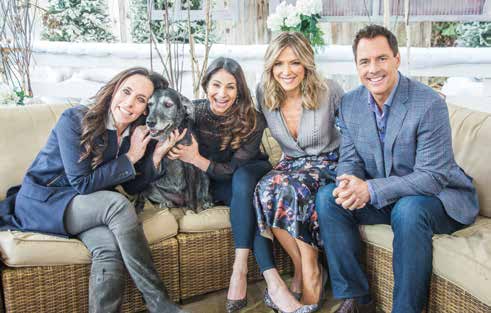 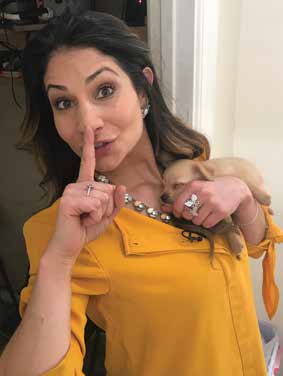 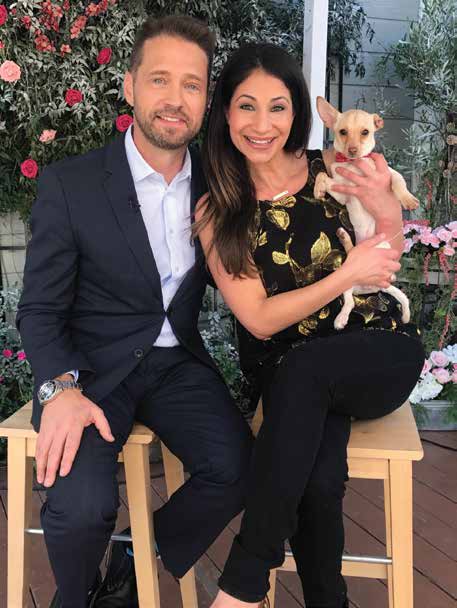 Born and raised in Calabasas, Larissa Wohl is an energetic journalist who is the pet-rescue expert on Hallmark Channel’s Home & Family. This three-time Emmy-nominated, daytime, lifestyle talk show features advice from experts to help viewers live their best lives.

Larissa brings to Home & Family her expertise from years of experience working with shelter animals and fostering for many rescue groups. With her background in news and passion for animals, she educates viewers about issues affecting animals. Pet rescue is a very important mission for the entire network. Hallmark Channel calls it “Adoption Ever After” and emphasizes it daily.

Larissa began her career at Home & Family as a producer, working behind the scenes to help bring segments to life. When the show decided to increase their animal-rescue efforts, Larissa knew she could contribute a lot of helpful information and resources.

At a very young age, Larissa joined her mother in saving all kinds of unwanted animals. Their household was the go-to haven for animals in need. Larissa continues her mother’s legacy by volunteering, fostering, and being a voice for the voiceless.

While Larissa attended Calabasas High School and then San Francisco State University, she learned more about animal-welfare issues and volunteered at local shelters. Her first job after college was for the NBC affiliate in Tucson, Arizona, as a morning traffic anchor and live field reporter. With strong journalistic skills and versatility, she became the go-to reporter for a variety of stories.

Larissa went on to anchor and produce for the ABC affiliate in Bakersfield. Then, she relocated to San Diego where she became a reporter for KGTV and then a freelance reporter and weather anchor for Fox 5. Larissa was the local animal expert everywhere she worked. After her job in San Diego was complete in 2015, she moved back to Calabasas. She shares her home with foster animals and her two rescue dogs, Muppet and Maple.

When Larissa was a child, Calabasas wasn’t well-known, but she loved growing up here and enjoyed a peaceful childhood. Now that Calabasas is a popular destination, Larissa loves that there’s something for everyone, but she hopes it always keeps its small-town feel.

Residents of Calabasas can support Larissa’s pet-rescue efforts by watching Home & Family. Every day, the show features an animal for adoption, so viewers can help spread the word. Additionally, Larissa visits many local shelters and is happy to bring donated items for the animals, like blankets, towels, and bathmats. Another great way to help is to foster. It’s temporary and very satisfying. Millions of animals are euthanized annually because of a lack of space. When someone fosters one animal, it actually saves two animals because space opens in the shelter.

Throughout years of rescuing, Larissa has learned many tips and tricks that she is happy to share. She wants everyone to know that rescue dogs are not damaged. Many people assume shelter dogs have done something wrong, which isn’t true. Usually, their former owners didn’t plan accordingly. Families consideringrescuing should thoroughly research the breeds they’re interested in and find out their exact needs. People can search online for a rescue that specializes in a specific breed.

New owners should be patient with rescue animals because they need time to adjust, which can take weeks to months. When rescue dogs exhibit behavioral issues, it’s usually because they don’t know any better or are bored or afraid. Seek assistance from dog trainers, a doggy daycare, or a dog walker.

When adapting a new rescue to its forever home, one major mistake people often make is overdoing the love and affection. As the novelty wears off and life returns to normal, the pet can feel very anxious. To counteract this, provide a safe, calm environment for the first couple of weeks where the animal can thrive on its own terms.

As Larissa helps expand Hallmark’s “Adoption Ever After” initiative, she is living her dream. In addition to presenting daily animal adoptions on Home & Family, she participates in other animal related specials for the network, including the 2018 American Rescue Dog Show and Kitten Bowl. Through her work on Home & Family, over 550 animals have been adopted. Larissa believes everyone can make a difference by adopting, fostering, volunteering, or donating. For more information, visit SavedByTheL.com.