The Bachelor Next Door 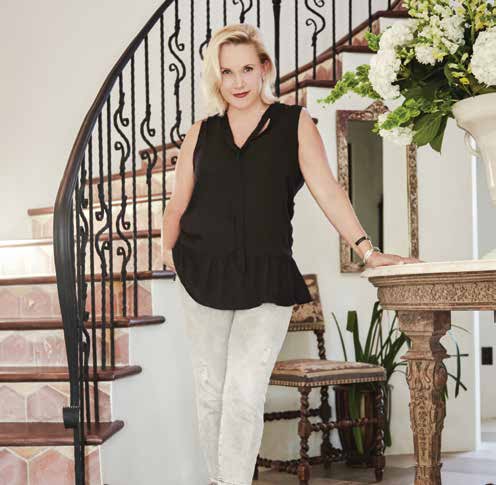 When you’re looking for a new home, is there ever really a perfect solution? For myself, particularly, finding the right home in which to exercise my company’s motto, Creating Noble Spaces, proved to be (as it always does) far easier said than done. My husband, David, and I had been house hunting for nearly two years when we closed our eyes, pulled the trigger…and bought the house right next door to ABC’s The Bachelor in Agoura Hills.

Originally from Los Angeles, David and I called Connecticut home for two wonderful decades, raising our children and growing our careers before feeling the call to move back home. After life in bucolic, lightly populated New England, the congestion of the Southland was something that gave us pause about returning. Additionally, any new home would need to be able to accommodate my design firm—a tall order for any residential space. We were looking for a property within 25 miles of the city, with great privacy and acreage enough to create the right setting. For Interior Archaeology, it required the square footage for offices and conference and sample rooms. High on our list was finding a spot with the serenity we had grown used to in West Hartford— not Hollywood Hubbub. 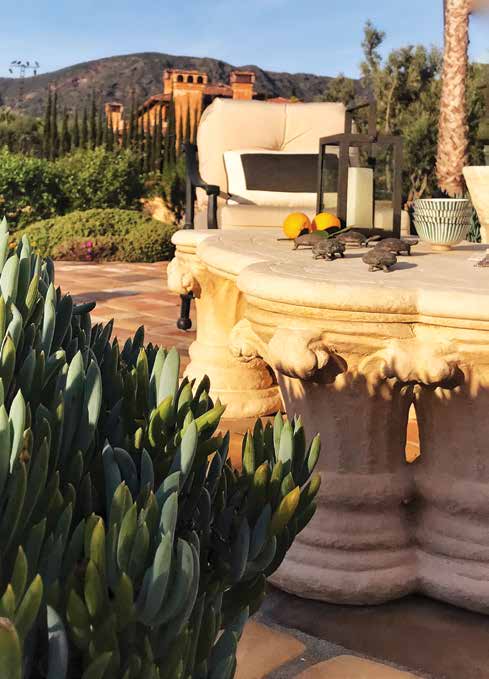 Meanwhile, as thoughts of moving west danced in our heads, Monday nights would find our daughter and her friends gathered around the TV awaiting the next installment of their favorite show, The Bachelor. The opening credits featured aerial shots of hills and vineyards surrounding the location, and I always saw it and wondered where in Los Angeles there existed that kind of rural space in the mountains, so close to the city, that might be the perfect spot for us!

One day, a friend shared a listing with promising stats but dreadful photos. The agent extolled the property as a private Spanish retreat located next door to the home where The Bachelor filmed. Though I was thrilled to find the elusive ‘rural but urban-adjacent’ retreat I’d admired while watching the show, a property directly adjacent to an active film location didn’t evoke the serene space I was picturing. Against my better judgement, I sent David to go take a look.

It was love at first FaceTime.

Through all the psychedelic paint choices, confetti tile, and beaded curtains that had done me the favor of keeping this house on the market, I could see its amazing architectural bones and the self-contained setting that had so far been elusive in our search. Yes, there was work to be done, but I had found the perfect canvas to create a noble space. The renovations began immediately, and soon, the stately elegance of the place began to emerge. The layout wound up working perfectly for us, with an abundance of space to host family and friends in large gatherings and a casita to house my design studio. There was even a perfect spot for the walled rose garden and chicken coop I had been longing for. The property and its gardens inspire my work and serve our family so beautifully, which is the ultimate goal for any home.

Sure enough, that September The Bachelor rolled in as advertised. Our two homes share one driveway behind a common set of unassuming gates in the Santa Monica Mountains, but the properties sit on about ten acres each, so there is enough distance between us for the privacy we wanted. Still, it’s hard to miss what’s going on next door when it’s literally happening in the driveway. There have been all kinds of interesting arrivals in the six years we’ve lived here: exploding cars, a procession of covered wagons, live camels, cowboys on horseback, fire trucks, helicopters, and most recently, a 40-piece marching band! 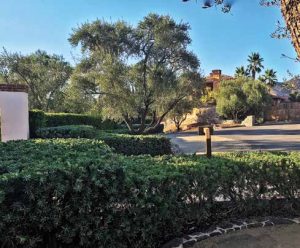 When filming begins, security is posted at every gate and the limos begin filing in. The festivities and filming can go on until dawn on many of these nights.

It all sounds like it would be terribly inconvenient and embody the antithesis of what I thought I had been looking for, but as it turns out, the production’s impact to daily life is minimal. The crew has it down to a science and they are beyond considerate, sowe rarely feel bothered. I never expected to love living and working next door to such a rambunctious site, but their presence infuses a vitality to our location. We have a great relationship with our buddies next door, and the added security around the property that they provide is a wonderful additional perk. I often think about those opening shots of “The Bach,” before I knew where those hills in L.A. were, and I get lost in the irony. I searched high and low for the perfect private and quiet location, and I found it next door to a house that appears weekly on televisions all over the world. It’s actually a wonderful life lesson about focusing less on finding the perfect space and more on how to make your space perfect for you. Ultimately, we are head over heels for our home and offices, so I guess you could say that the contestants are not the only ones who have found love on the set of The Bachelor!

Until next time, here’s to creating your own Noble Spaces!

Tammy Randall Wood, ASID is the founder and principal of Interior Archaeology. She has designed an extensive array of projects coast to coast – from seaside cottages on Martha’s Vineyard, metropolitan penthouses and formal Beltway manors to cultivated West Coast compounds. Her firm brings a fresh approach to tailored interiors.