Q: I received a shingles shot a couple years ago. Do i need to get the new version too?

A: Since you received a shingles vaccine, I assume you are over 50. The new shingles vaccine, Shingrix, approved by the FDA in December 2017, is recommended for healthy adults over 50, regardless of prior vaccination.

Shingles, or herpes zoster, occurs when the chickenpox virus (varicella zoster), dormant in those who’ve had the illness, reawakens later in life. Almost all adults over 40 carry the chickenpox virus, and as age increases, so does the risk of getting shingles. According to the CDC, the infection strikes about 1 million people in the U.S. each year and nearly one in three adults experience a bout of shingles in their lifetime. The two to four weeks of shingles, marked by symptoms such as a blistery, painful rash on one side of the body, can be difficult. About one in five people go on to develop post-herpetic neuralgia—nerve pain that can linger for months or years.

Side effects can last two to three days and include soreness, redness, or swelling at the injection site and, less frequently, fatigue, muscle aches, and headache—much less than the pain of shingles that can last for years! 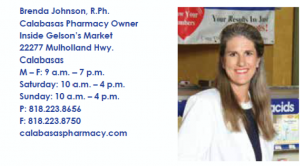