Q: My doctor would not prescribe an antibiotic for me when I was sick. I eventually felt better, but I think the antibiotic would have healed me faster. Why can’t I take an antibiotic?

A: Antibiotics are among the most commonly prescribed drugs, however up to 50% of all antibiotics prescribed are not needed. Each year in the United States, at least 2 million people become infected with bacteria that are resistant to antibiotics and at least 23,000 people die. The use of antibiotics is the single most important factor leading to antibiotic resistance. Below are some common illnesses that patients often assume can be treated with antibiotics while, in fact, antibiotics are not appropriate for them.

Bronchitis: Occurs when the airways of the lungs swell and produce mucus. The symptoms last less than three weeks. Acute bronchitis is usually caused by a virus and often occurs after an upper-respiratory infection. It almost always gets better on its own.

Common cold/runny nose: More than 200 viruses cause the common cold. The infections are spread through the air and close personal contact. When germs that cause colds infect the nose and sinuses, they may produce mucus of a white, yellow, or green color. This is normal and does not mean antibiotics are needed.

Sinus infections: Occur when fluid is trapped or blocked in the sinuses, allowing germs to grow. Viruses cause 90% of adult cases and 50–70% in children. Antibiotics may be needed if the sinus infection is caused by bacteria.

Sore throat: Most sore throats are caused by viruses, however strep throat is caused by bacteria. Only 20–30% of sore throats in children are strep, and in adults, it’s only 5–15%. Strep throat must be diagnosed by a lab, not visually.

Flu: Also caused by viruses. “Antivirals” can make you better faster and may also prevent serious complications, but they must be started within 48 hours of symptoms.

There are some amazing products to help boost your immune system to fight infections. Your pharmacist can help you choose what is best for you. 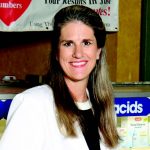