To a large degree, Wall Street markets move on the daily predictions of “experts,”— journalists, columnists, and media economists—who make magical prognostications based on patterns they  claim to perceive in the ever-shifting kaleidoscope of global economic activity.

The originators of the economic statistics generating these forecasts are often institutions, money managers, and economists, some honorable and some merely opportunistic, who claim to have authoritative positions. The problem is that the media, in general, often seems to be interpreting current events and forecasts through its own overly dramatic, biased, and self-serving lenses, rather than merely observing and reporting information. Intense competition and ‘never-waste-a-crisis’ reporting among media outlets has tended to inflate both the positive and negative hype level of reporting; too often, the pressure to grab the public’s attention outweighs dispassionate, unbiased analysis (recent politics). Objectivity-challenged views of ‘experts’ strategically placed to sound off about the subject at hand conveniently
validate the views of the media source, which influences Wall Street financial markets and generates more drama in a seemingly endless feedback loop of news-generating market movements that generate even more news. This unfortunate drama trend sometimes stampedes investors into making decisions based on media-exaggerated events. Investors would be wise to wonder whether the media’s reporting brings about self-fulfilling prophesies of movements in financial markets.

When it comes to investing, it is important to maintain a long-term perspective. Historically, market corrections must be judged not by dramatic headlines but by remembering that the loss of market value is eventually followed by market increases. Thus, attention-grabbing headlines notwithstanding, media reporting today should be more broadly focused on factual economic matters and less on politically biased demagogues. As long as bad news sells more advertising and attracts higher ratings than good news, headlines and “experts” are likely to continue to shout expletives: “crisis, recession, bubble, inflation, deflation, correction,” followed by a question mark, leaving fear and uncertainty in investors’ minds.

Fortunately, credible analysis of economic data is available from authoritative, non-governmental sources—information that does, in fact, genuinely affect economic policy making and, therefore, legitimately also affects global markets. One such respected authority is The Conference Board, a non-advocacy, not-for-profit organization that defines itself as “a global, independent business membership and research association
working in the public interest…” The Conference Board’s Leading Economic Index® (LEI) is an example of the kind of information researchers rely on—a concise algorithm designed to crystallize mountains of data on past and present economic factors, which can, within limits, foretell future economic conditions. The LEI is a composite of a number of different metrics that, because they cover so many different economic factors, serve better as a credible predictor when integrated as a group rather than as isolated data points.

Since economics as a social science deals with unpredictable human behavior, it may be self-limiting—predictions about market movements affect market movements in a feedback loop. This is especially true when political ideology rather than empirical evidence guides monetary (Federal Reserve: interest rate policy) and fiscal (Congress: tax policy) policies. Even a factual ten-component, non-partisan LEI index cannot be  expected to be a perfect soothsayer when the underlying variables are human hopes and fears that are driven by politics, the media, and an unpredictable Federal Reserve. What does the current LEI report say about our economic future, as of January 25, 2018?

The Conference Board Leading Economic Index® (LEI) for the U.S. increased 0.6% in December to 107.0 (2016 = 100), following a 0.5% increase in November, and a 1.3% increase in October. “The U.S. LEI continued rising rapidly in December, pointing to a continuation of strong economic growth in the first half of 2018. The passing of the tax plan is likely to provide even more tailwind to the current expansion,” said Ataman Ozyildirim, at The Conference Board. 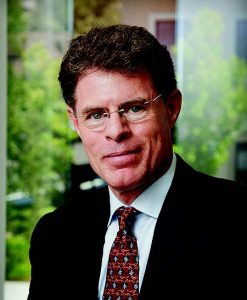