Enjoying Each Other: The Menteers 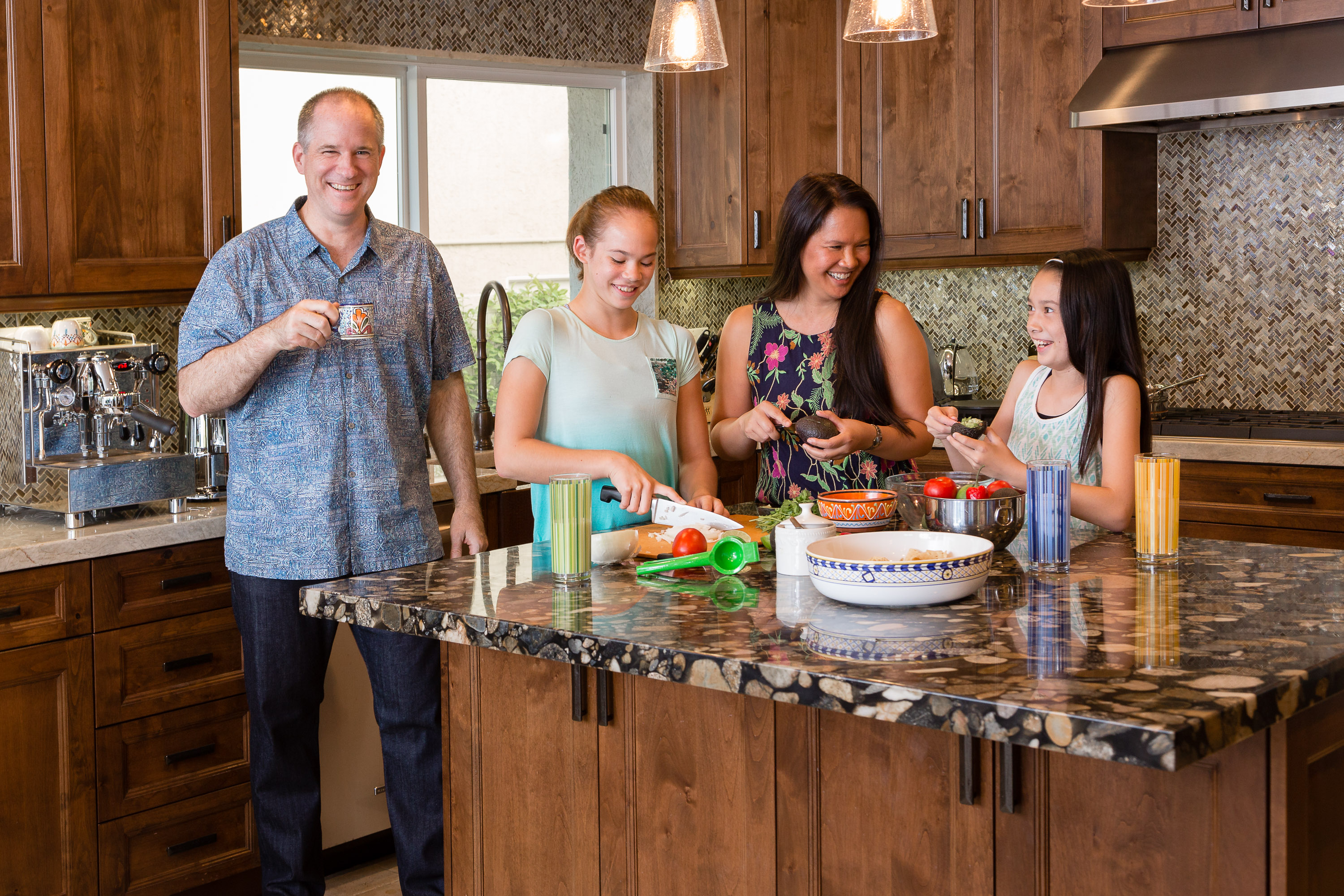 Many people go through life just trying to get by, but developing passion can take one from simply surviving to fervently thriving. For the Menteer Family of Calabasas, passion seems to be coursing through their veins. Though the Menteers find themselves busy with their respective packed schedules, they never lose sight of the thing that is truly most important: family.

Jondavid Menteer—JD to those who know him—has been a Calabasas resident since 1975. Growing up in Calabasas, JD attended some of the area’s most loved schools. He started at Chaparral Elementary, went on to A.E. Wright, and ended up graduating from Calabasas High as a part of the class of 1986. Before he knew it, he was off to college. JD’s excellent academic background allowed him to attend UC Berkeley for his undergrad education. After earning his degree in biopsychology, JD began to ask the age-old question: “What’s next?” After spending some time pursuing business, JD quickly realized he was at a stand-still in his career. A long talk with his mother prompted him to start asking himself the right questions, such as: “What would I do if I could really do anything?”

The daughter of Vietnamese immigrants, Francoise was born in the United States and grew up in Maryland, just outside of the nation’s capital. This bright and curious young lady took an immediate interest in science, especially biology and chemistry. “Growing up around D.C., there were plenty of research labs to apply to when looking for summer employment,” remembers Fran. After graduating high school, Fran attended the University of Maryland for her undergrad studies. “I ended up getting a job at the National Institutes of Standards and Technology working in their Radiation Physics Department during my summers throughout college,” she says. After earning her bachelor’s degree in biochemistry, she was offered a job as a research chemist. Yet, after spending countless hours sequestered in her lab, she came to realize that something seemed to be missing in her life and that her heart seemed to be leading her elsewhere.

After some soul searching, freshly graduated JD began his journey to his true calling in the halls of his local hospital. JD longed for a profession where he could help people and be the best version of himself. To make sure the medical field was truly the path for him, JD started out in hospital housekeeping and security. He found that he felt at home in this world. After finishing his pre-med classes, JD enrolled in medical school. In 1993, three years after graduating from college, JD Menteer moved to St. Louis to begin his graduate studies at Washington University School of Medicine.

Fran decided that hiding away in the lab was not the right path for her. She loved the interactions with people and patients that she just could not get in a lab. Fran was determined to go back to school, this time to study medicine at the graduate level. In the fall of 1993, Fran, too, began her studies at Washington University in St. Louis. 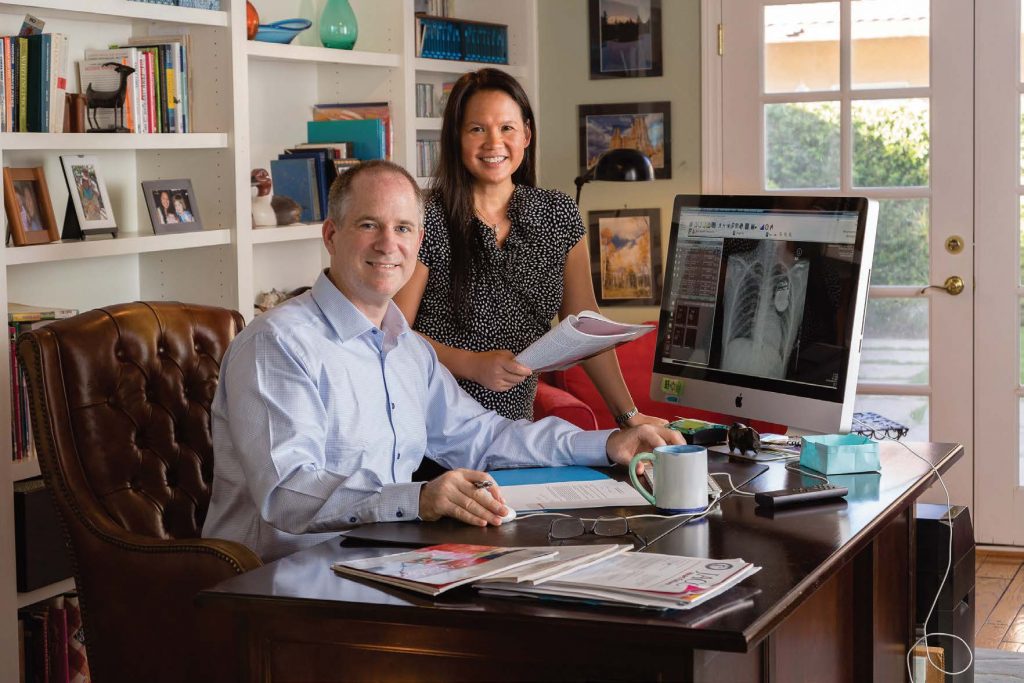 The two aspiring doctors met while in their first days in medical school at Washington University and became inseparable. After they finished med school, the pair decided to move to Boston to train at Harvard and complete their residencies. In 1998, five years after they met, this power couple tied the knot. During his clinical rotations in medical school, JD was deeply affected by his time in pediatrics. “I was amazed at the strength of the children with severe illnesses, fascinated by the tremendous variety of different problems that could arise and inspired by the impact a physician could have on a child and their family…,” says JD. “I was quickly drawn to children with cardiac problems, as there was something intuitive about the cardiovascular system to me.” And with that, JD had found his calling. He did his pediatric residency at Harvard’s Massachusetts General Hospital.

Fran, too, was well on her way to finding her specialty. “I found that I was interested in all of the specialties,” she says. “So, even though I could have chosen to specialize in cardiology or gastroenterology or dermatology, I decided to pursue my career in general internal medicine as I prefer to treat my patients as a whole, not just one part or organ system.” Fran completed her internal medicine residency with an emphasis on women’s health at Harvard’s Beth Israel Deaconess Medical Center in Boston.

After the couple finished their residencies, they were off to Philadelphia where JD would complete his fellowships in cardiology and transplant cardiology at the Children’s Hospital of Philadelphia. When it came time to figure out the next step of their journey, an opportunity presented itself that would have JD going back to his roots. He was offered a job at the famous Children’s Hospital of Los Angeles.

JD and Fran Menteer moved to Calabasas in 2004. JD took the job at Children’s Hospital L.A. as the newest pediatric transplant cardiologist. And the Menteers soon welcomed the newest member to their growing family. Jaida Menteer was born the same year the couple moved back to Calabasas. She was followed three years later by her little sister, Zoe. 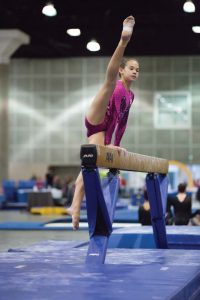 Fast forward to 2018. Little Jaida is now 14 years old, a dedicated student, and a gymnastics champ. “She is extremely passionate and committed…,” says JD proudly. “She started at the All Olympia Gym in Calabasas at age 5. Since then, she has become a competitive gymnast, training at the gym up to 25 hours per week.” She has a host of titles and medals, including two State vault championships and a silver medal in the all-around at the State Championships. She recently culminated from A.C. Stelle with honors and the Presidential Academic Achievement Award.

Zoe, now 11, shares her family’s passion and drive. Her sport is cheerleading. She has competed on All Star cheer teams since she was 8. A talented tumbler, Zoe is currently trying to master a back tuck. Her cheer teams have traveled the country for different competitions and picked up more than a few championships along the way. Her teams were recently included in a very selective international competition held at Disneyworld and took second place. Zoe just finished her sixth year at Bay Laurel Elementary.

Fran now has a concierge internal medicine practice, associated with MDVIP, in Thousand Oaks. She is absolutely “dedicated to helping and advocating for her patients,” says proud husband JD. Despite her busy schedule running a successful medical practice, Fran still keeps her wits and schedules about her. She handles the madness of juggling four packed schedules like a pro. She organizes play dates, spearheads carpools, plans guitar and art lessons, and even home-schools Jaida for a portion of the school year. 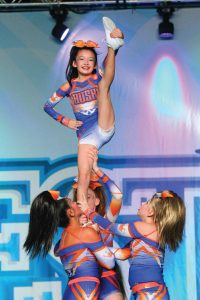 JD is still at Children’s Hospital. These days, he has quite a few more titles. He is now the medical director of transplant cardiology, the director of the heart failure program, and the medical director of the cardiac mechanical support program. When he isn’t busy at the hospital, JD is an associate clinical professor at USC Keck School of Medicine. He will also soon be stepping into his newly elected post of Chief of Staff at Children’s Hospital LA. When this skilled surgeon isn’t saving lives, he likes to unwind and relax in a different kind of operating room. JD loves to work on his beloved Porsche. 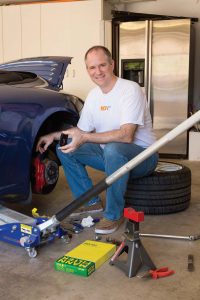 “He jokes that there is something gratifying about working on things where the stakes aren’t life and death,” says Fran. But despite all his accolades, this busy doctor is still a “chauffeur from cheer and gymnastics practices.”

Although this busy family loves to travel, and not just for cheer and gymnastics competitions, their home base is always Calabasas. From dinner at Corner Bakery to staycations at home and visits to theme parks and the beach, the Menteer family loves to be together. This passionate family’s motto is that “there are no make-ups in life. If you missed it, you missed it.” Though schedules often pull them in all different directions, JD imagines the perfect Menteer day: “We’d be together, enjoying each other.”